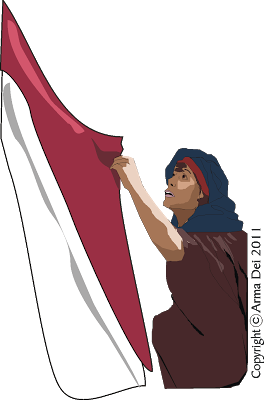 There are always people around Him as He walks…walking beside Him, walking backwards in front of Him to ask a question, following closely behind Him, chasing after Him to catch every word.

Sick of feeling sick, sick of its affect on my life
…how it affects everything I do.

In an instant, He could cure me!

I rush in to be part of the crowd and barely graze His Robe with my hand.
He spins around.
He asks
“Who touched My Garments?”

…but He knows.
He asks to see if I have the courage to respond.﻿

I speak up ~ more to explain His look to the others than to explain anything to Him.  He looks into my eyes, but I know He sees inside.  He knows that I touched Him.  We understand one another.

What do I want to tell Him?

One thought on “Who touched My Garments?”