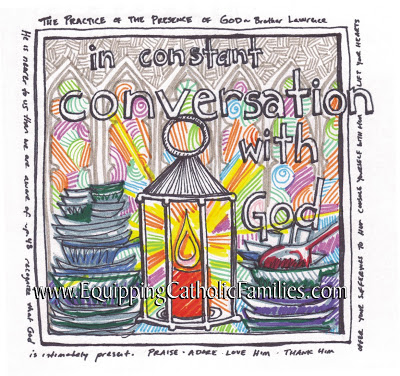 Check out my Review, Summary and Doodle at Equipping Catholic Families of The Practice of the Presence of God by Brother Lawrence.

Listening to a homily by Fr Roger (Aug 14),
I heard about the ONE thing that God wants:
God wants my heart.
Here’s my prayer doodle: 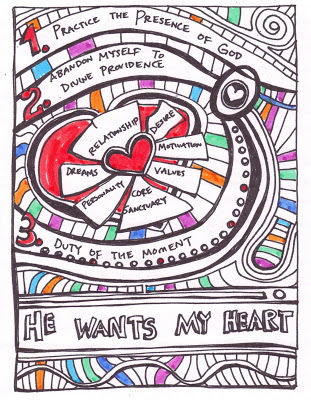 I hope I get this right. =)
My heart is the core sanctuary of my will, my personality, my values,
my motivations, my desires and my dreams.
There are 3 important ways to give God our hearts.
1. The Practice of the Presence of God.  I have just read this book again.  It’s a great little book of letters by Brother Lawrence, a humble monk who was in constant conversation with God throughout all of his daily duties.  He was able to have the same tranquility in the chaos of the kitchen as he did in front of the Blessed Sacrament and believed that every task he did, no matter how small, gave glory to God if he carried it out with great love.  Sounds like St Therese!
2. Practice Abandonment to Divine Providence.  This is also a book…but I don’t have it yet!
We are reminded that we need to completely surrender: continually abandoning our will in favor of God’s Will for us.
3. Practice doing the Duty of the Moment.  We are reminded that we are meant to serve God in our own vocations.  He doesn’t expect heroic deeds from us, but He expects us to do the little things that we are called to do…and to do them well for love of God.  This was what Brother Lawrence did too.
Ultimately, we need a personal relationship with God.  He wants to share His Divine Love.  He wants us to draw closer to Him, through prayer from the heart and service to others out of love for Him.
Please check out my other blog http://www.equippingcatholicfamilies.com/
for the first review in my series of Book Button Reviews.
This is my review for the book Consoling the Heart of Jesus by Fr. Michael Gaitley. 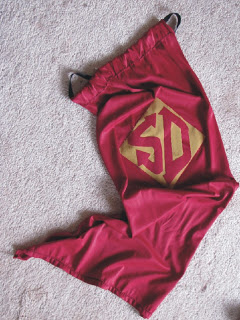 I don’t think superheroes really need capes.  They have their abilities and they have the confidence that their mission is the mission they were intended to carry out.  They will encounter bad guys.  There will be people who question their motivations and try to bring them down. I just admire them…for their abilities, their dedication, consistency and how they improved the world around them.

Maybe the world doesn’t need superheroes.  The world indulges in dumb celebrities who really add very little value to the society in which they live.   I need superheroes.  I need those who inspire others to be the people they were called to be.  I need those people who know their gifts; are true to their gifts, don’t apologize for their gifts and use their gifts to bring out the best in those around them.  I need those people with extraordinary gifts in different areas of their lives to remind me to be true to the gifts I have, and maybe try to improve on the areas in my life that are weak; to strive for excellence, to seek Jesus in the best way as per my vocation and to get up after every fall.

The cape is just icing on the cake, it’s shiny; it’s just for show.  How can it really help them? Their real abilities shine as they draw a sad person out of his shell or encourage a person who is wavering. Their abilities shine in giving every person the attention that a child of God deserves, for saving the little guy, even when the loud whiny guy is yelling from the bridge. Heck, their abilities shine when they save the loud whiny guy too.  We are reminded to take a moment and listen, even when there are dinners to be made, dishes to be washed and never-ending chores to tackle.  Their abilities shine as they recognize when their gifts are needed; and their ability to stand down when they know it’s someone else’s turn to shine.  They’re not trying to prove their mastery; they’re humility can be the biggest gift that humbles and enlightens others.

Even with their cape wisked away, they still shine.  They will be remembered for what they were…and what the rest of us were when we were around them.

Superheroes are still human with struggles of their own…and there’s always kryptonite.  No one should deliberately flaunt kryptonite.  Any one of us can buckle at the sight of our own particular kryptonite.
No one is exempt.

Is it wrong to have a superhero?  We are all children of God.  It’s good to admire others while realizing our own potential.  It’s good to have goals to strive towards.  A superhero will never take the place of Jesus and ultimately we’re hopefully all preparing to meet our ultimate Superhero in Jesus…someday.  Sometimes these superheroes set an example for us, pursuing Jesus against the pressure of the world.

It’s good to have known a superhero, even when life is hard missing him.

As for the villain who coasts on the edge of the superhero’s cape.
Someday a jealous wannabe may attempt to strip a kind and virtuous superhero of his cape, to the horror of more people than the villain could ever connect with, in a lifetime.  Don’t like you much, Lex.  Shame on you. 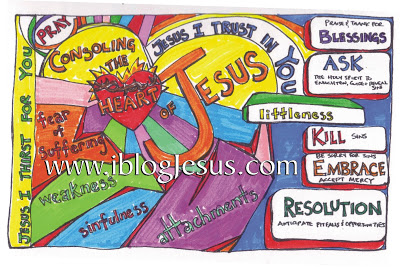 I raced through it, sketching as I went, and extracting some of the main points.  I’m hoping to retain the information, and let it inform my daily prayerlife and routines.  It’s like an artsy cheat sheet, refreshing my memory, in a glance.  Do you know what I mean?
Fr Mike talked about seeing this in the obituaries once,
as he spoke at Fr Dan’s Resurrection Mass yesterday.
“One day you will read my obituary in this newspaper
saying that I am dead.
Don’t you believe it.
I will be more alive than I have ever been”. 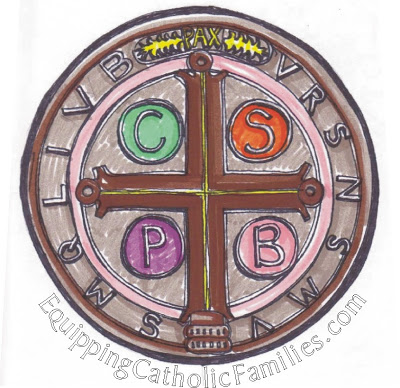 Thanks to Bob Connor for posting this on facebook,
in memory of Fr Dan Homan 1942-2011
God saw you getting tired and a cure was not to be.
So He put His Arms around you and whispered “Come to Me”
With tearful eyes I watched you and saw you pass away.
Although I loved you dearly, I couldn’t make you stay.
A golden heart stopped beating, hard working hands at rest.
God broke my heart to prove to me
He only takes the best.

I pray for the soul of Fr Dan Homan, OSB.
He was my friend, my mentor and my favorite uncle…and superhero to my kids.

As one of the 140 000 ‘kids’ who walked through the doors of St Benedict’s Subiaco Retreat House,
I felt the love of Jesus through Fr Dan.
He inspired, he taught by example and he loved me.

I love you, Fr Dan and I miss you.

My beloved Fr Dan is in the hospital after a heart attack.
Please pray. Thanks!

I like making “cute” doodles…but it’s not my intention to water down or trivialize the powerful messages of the homilies I am listening to while I doodle.
Talking about the Parable of the Sower on July 10, 2011, Fr Larry cautions us that this message is not an easy one.  We need to do what we do whether we feel like it or not:  if it comes from God, if it is life-giving, if it serves others and brings them closer to Him. 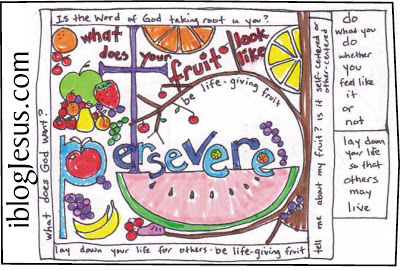 We need to ask ourselves…

Is the Word of God taking root in us?
Are we seeking God’s Will and doing what He wants?
Are we yielding good fruit? 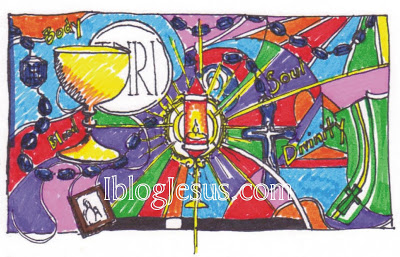