I don’t like riddles…maybe because I’m dismal at them. Even if I’ve actually heard the riddle before, I probably won’t be able to spout the right answer, just like that. It just doesn’t excite me that much to be that kind of clever.

That said, I’ve just kind of realized that all this time, I’ve been assuming that God likes them. That God likes to talk to us in riddles and that He chooses to reveal His Plans for us in little broken pieces and clues and He waits with trepidation to see if we can actually figure out the big puzzle before us.

I don’t think that God speaks in riddles…unless maybe you like that sort of thing. 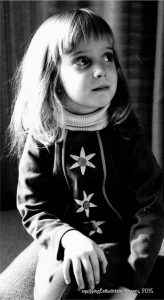 I don’t think He’d do that to me, given my aversion to riddles.

I don’t think that that’s the kind of Father He is, waiting for us to prove ourselves, testing us every step of the way.

He has a plan for my life and while He may reveal it to me in small pieces, it’s probably only because the big plan would overwhelm me. He knows that too much information can crush me, paralyze me in my tracks and He knows I already worry too much about what is to come.

He isn’t trying to trick me or stump me and He doesn’t want me to get discouraged or lose hope on the way.

He’s my Loving Father who gently pushes me up the hills and picks me up when I stumble down them. (How’s that for my take on the Good Shepherd Psalm?)

He takes joy in my triumphs and His Heart breaks with mine when I fall.

He also knows me better than anyone…what grabs my attention, what ignites my passion and what paralyzes me with fear. He knows how I learn and He knows the yearning in my heart. He can stage or tailor His Message for the best results, assuming I’m open, I’m looking and I’m listening.

I think He wants to tell me something. I’m going to go and listen.

What’s He telling you?

first appeared over at CatholicMom